Whether you want to go for a short afternoon hike, run a marathon or take in stunning seaside vistas, you can do no better than to drive out to the following coastal walks which are some of the best in England:

Although the walk around the southernmost tip of Devon is just a few miles from the bustling resort town of Salcombe, it feels like a different gloriously exotic and remote. The headland walk boasts some of the most stunning views you can find from Bolt Head to the Salcombe Estuary. Years of wind and salt spray have carved out some of the most dramatic and breathtaking rock formations in all of England.

From steep cliff paths to safe, sedate and sandy beaches, the Dorset Coast is a study in extremes. The Studland reserve is an important area of heathland and dunes and it supports threatened species like the ladybird spider, nightjar, and the sand lizard. The short, but unforgettable walk takes you through magnificent promenades, grassy paths along cliffs and sandy bays.

Named after a local pirate, Harry Kaye, this walk alongside the chalk formations is located at Handfast Point. It is also one of the best ways to take in the beauty of the Jurassic coast. Apart from the eye-catching geological formations, you can also expect to see poppies, scarlet pimpernels, pyramidal orchids, harebells and sheep’s bit if you visit during the spring or summer. While you are at it, see if you are able to spot the Chalkhill blue butterfly.

Getting to Brownsea is an adventure in itself. You have to take a boat to get there and once you reach the place, it feels like a different world altogether. Set in the middle of Dorset’s Poole harbour, the island seems to have everything from freshwater lakes, lowland heath, beaches, ponds and a lagoon to reedbeds, an abandoned village and wet meadows.

This coast is known for its great gusts of wind, huge skies, expansive salt marshes and wonderful birdlife. It also takes you through Blakeney’s National Reserve, with its seals, terns, breeding waders and wintering wildfowl. You can walk along the seawall, go around the Blakeney Freshes, and take in breathtaking views of the Nature Reserve.

Endlessly written about by poets and travelogue writers, the white cliffs are more than just the sum of their parts. You will find a lot more than you anticipate from all the accounts you have read about. A walk on the hills is as much a concept as an experience as the idea of them as a national symbol has pervaded the English consciousness for centuries.

This coast is one of Cumbria’s best. The walk along this coast takes in Haig, Candlestick, and Birkham’s quarry, as well as the RSPB viewpoints. People who are interested in ornithology get to luxuriate in the only breeding colony of the black guillemots in all of England. If you want to walk along a coast that is steeped in wildlife and history, this is it.

Once you reach Formby by train, the urban nature of the place is enough to give you pause and make you wonder whether you arrived at the right place. But, just a mile or so west to the station lies some of the most exhilarating dune landscapes you will find in any coast across the country. Formby is a part of the Liverpool bay and is home to the red squirrel and waders. The sandy soil is perfect for growing asparagus and it even has a tenant farmer who cultivates it.

Although stimulating, this walk is a bit rigorous. Home to delightful woodland pockets, coves and bays, this route also houses the seaside resort of Ilfracombe. Lynton is a small clifftop town that is separated from Lynmouth by a drop of 150 meters. They are connected by a water powered railway. The steep and undulating coastal path features excellent views across to South Wales and the Gower Peninsula.

This is the largest shingle split supporting vegetation growth in all of Europe. Nature lovers will find this irresistible. The area is home to more than 600 plant varieties and a host of rare insects. 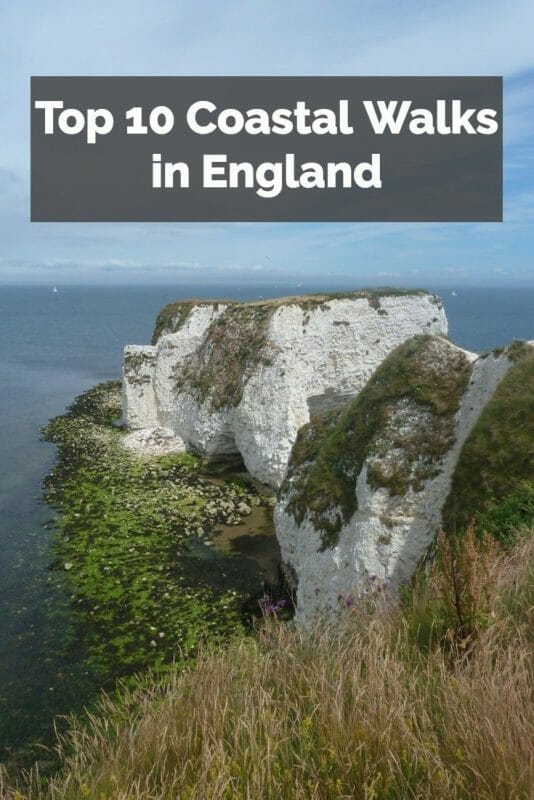