Discover traditional English foods such as Toad In The Hole, Bubble And Squeak, Spotted Dick and Jellied Eels.

The English have never been known for their cooking ability (the French, very unfairly, call us the Rosbifs – or ‘roast beefs’).

However what we don’t have in culinary skills, we make up for in attaching silly names to our food.

Here’s our list of traditional English food, with strange names. 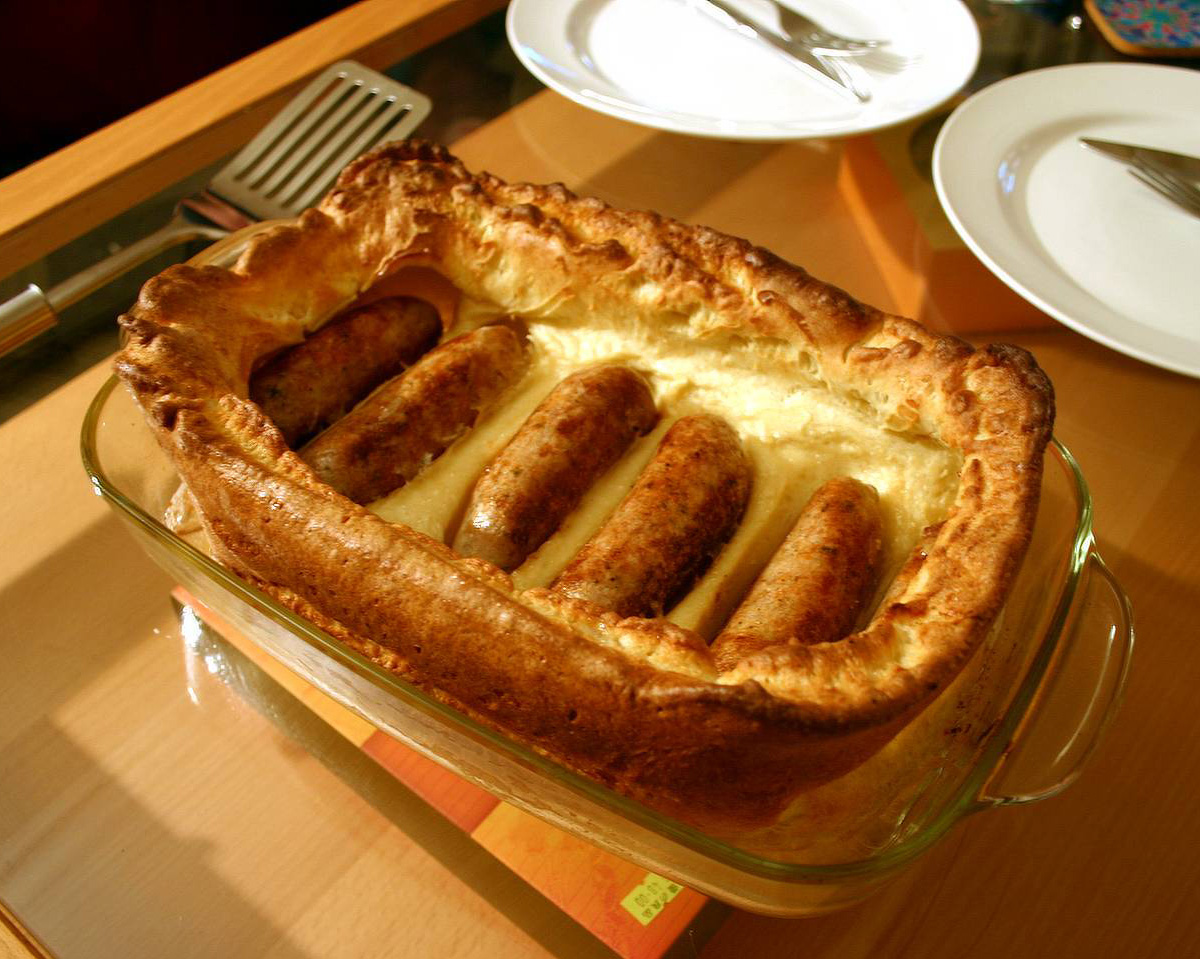 No, not a frog in a, well, hole but sausages cooked in Yorkshire Pudding. Which, even more confusingly, isn’t a pudding. Anyway, the main thing is it’s delicious – especially with thick onion gravy. 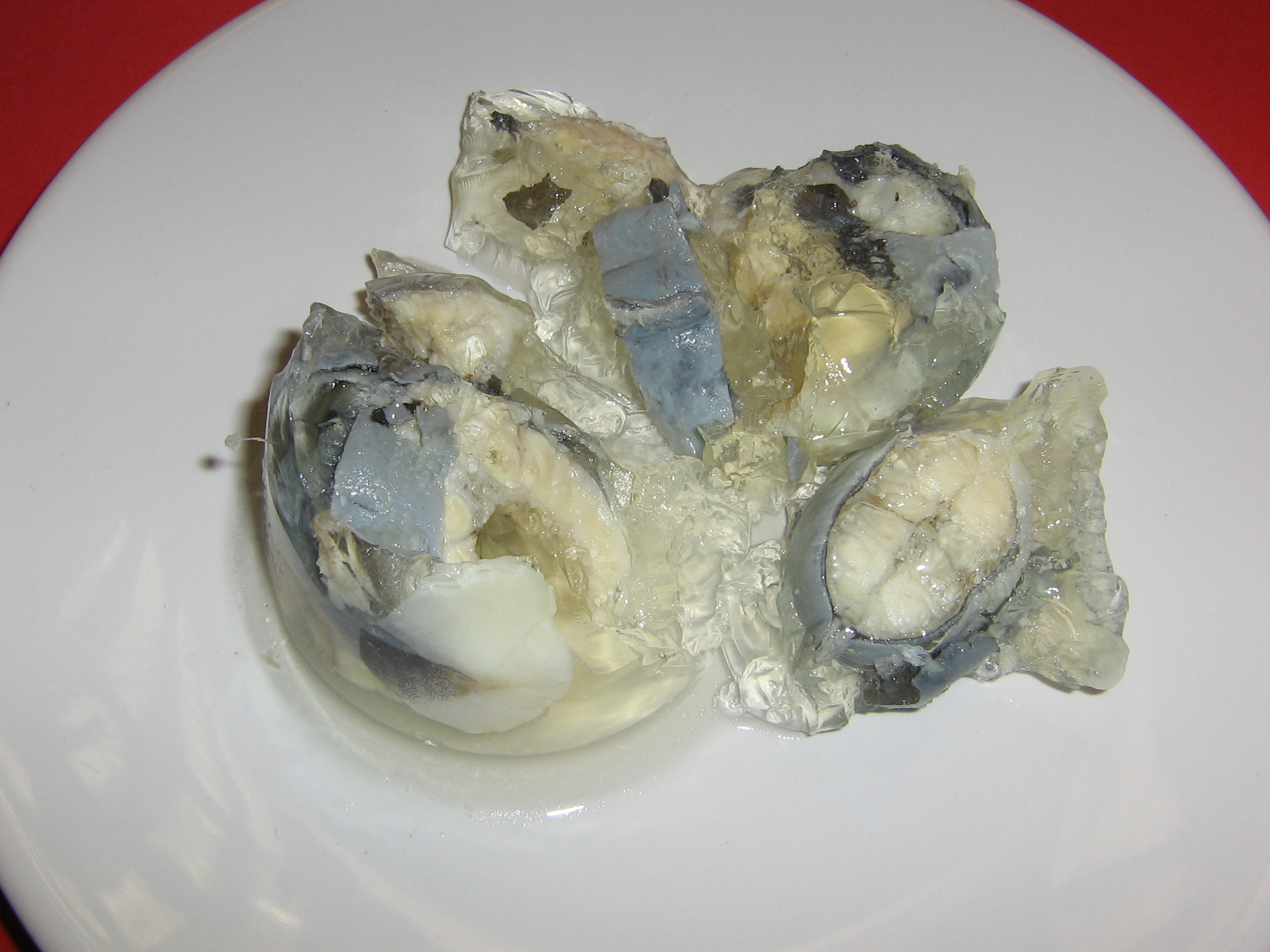 Eels from the Thames river are boiled in water and then allowed to cool.

The water turns into a colorless jelly which encases the eel flesh. Tastes much better than it looks (thankfully).

Unfortunately the custom is dying out due to a combination of reduced eel stocks (hit by flood abatement measures amongst other things) and the change in the ethnic background of East London. So get your jellied eels whilst you can. 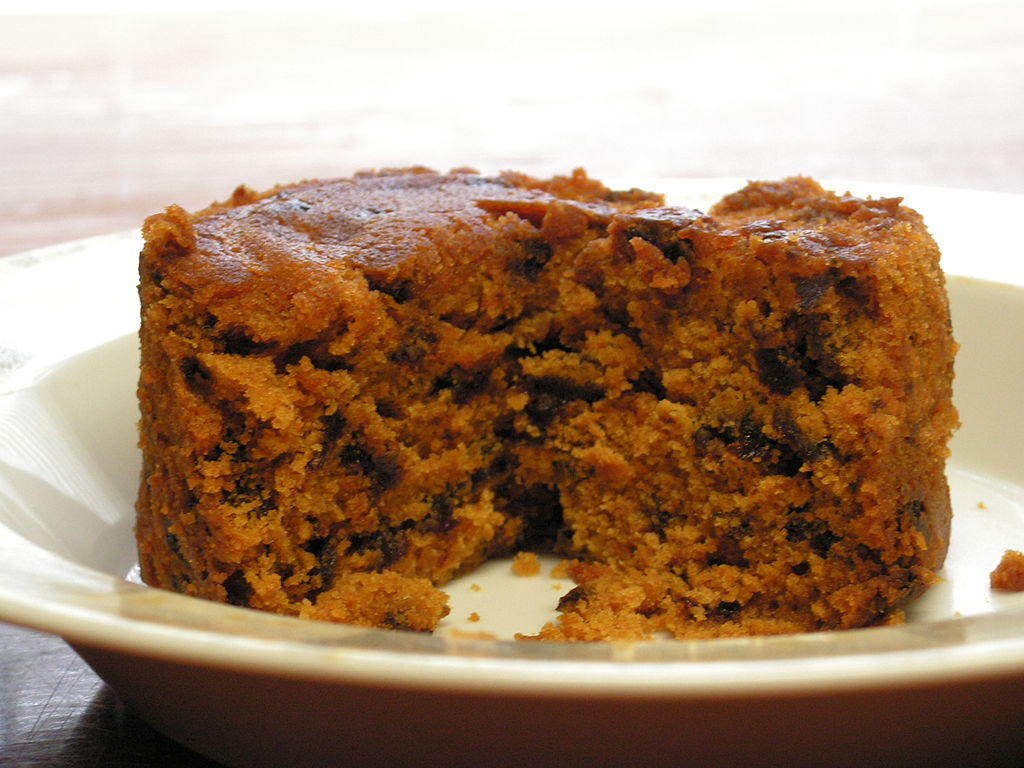 No sniggering at the back of the class there… This is a traditional English pudding consisting of sponge cake containing currants or sultanas (the ‘spots’). Delicious with traditional thick English custard.

Another sausage based dish. Pork sausages (the ‘pigs’) are wrapped on bacon (the ‘blankets’) and cooked, often as complement to a roast meat dish.

A very fancy name for what is really cheese toasted on bread, plus a bit of Worcestershire Sauce (a traditional English condiment that most houses have). 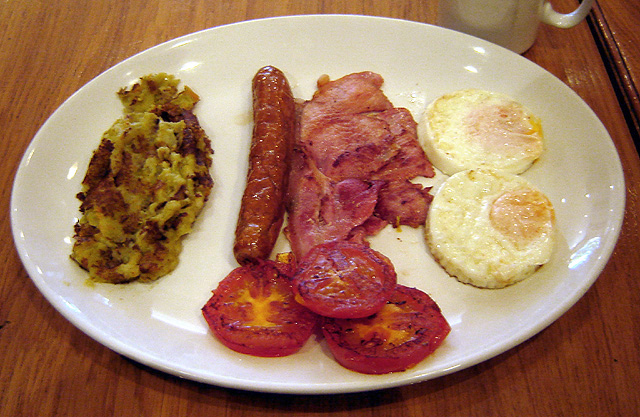 Again, a great name for something that’s less glamorous, in this case fried leftovers of a roast meal (on the left of the plate in the above picture). Popular during the rationing of World War 2, it’s still a popular way of cooking the leftover potatoes and other vegetables from a traditional English roast dinner.

Quite a sinister looking dish this offering from Cornwall in South West England. It’s a fish pie with the fish heads stuck onto the crust (‘staring’ at the stars).

A hot version of the more common Swiss Roll, this is is a flat-rolled suet pudding, which is then spread with jam and rolled up, then steamed or baked. Traditionally served with hot custard. 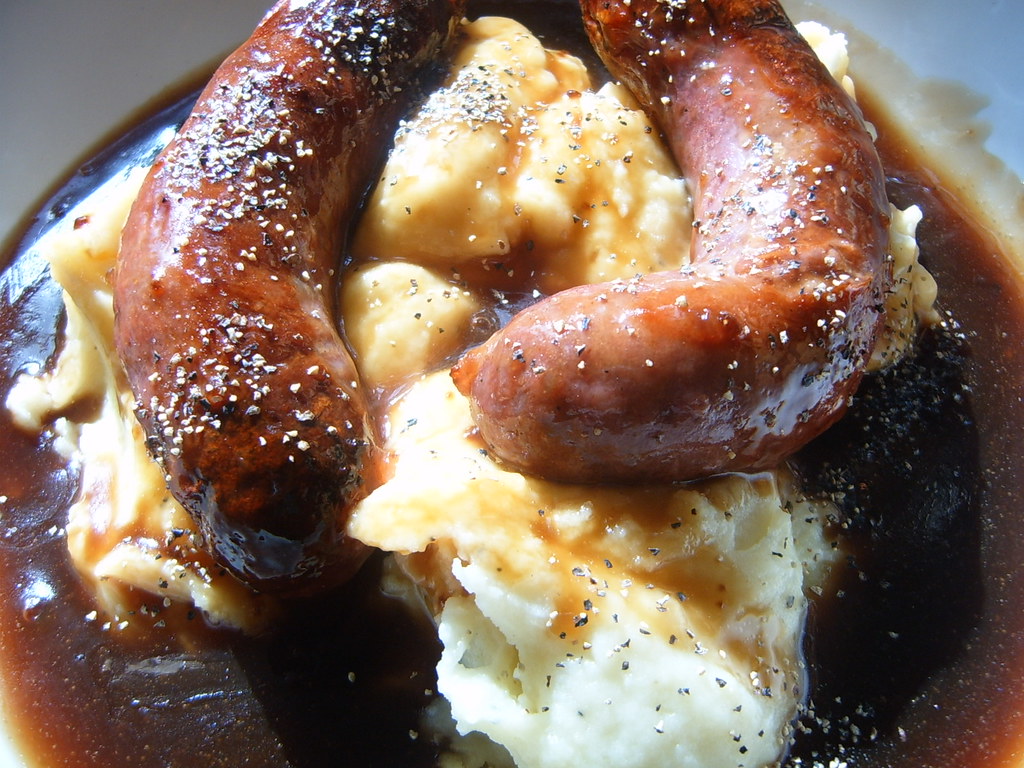 That’s our list of top 10 English food with strange names. Which ones are you interesting in trying?!

After you’re done trying all these delicious, caloric and protein-rich dishes, you may want to pop a pill for heartburn and read this article on how different sleeping positions can help with digestion! 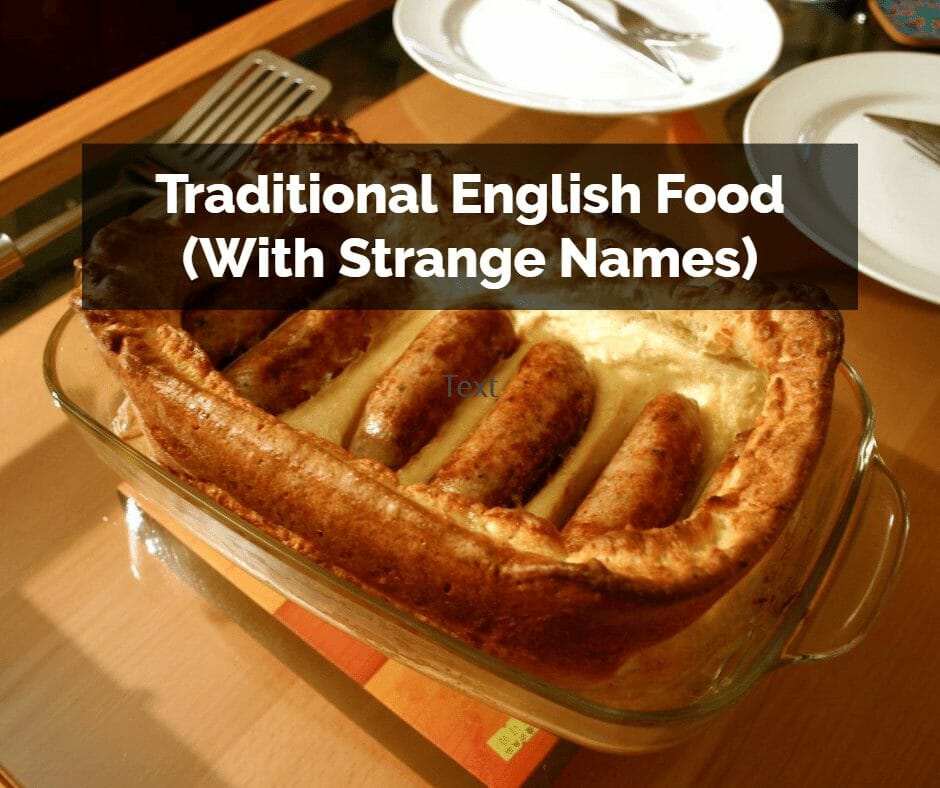