Historic London churches are some of the best showcases of the capital’s history, culture and character.

They are places popular with all tourists, regardless of their interest in religion. The following is a handy guide that details eleven of the best churches to visit in London.

We’ve tried to avoid the larger churches such as Westminster Abbey and St.pauls (still worth a visit) in favor of hidden gems away from the crowds.

An Anglican church, St Bartholomew-the-Great is located behind the world-famous St. Bartholomew’s Hospital. Founded as an Augustinian priory, this 12th-century church has seen a lot in its time. It even managed to escape the Great Fire of London in 1666. 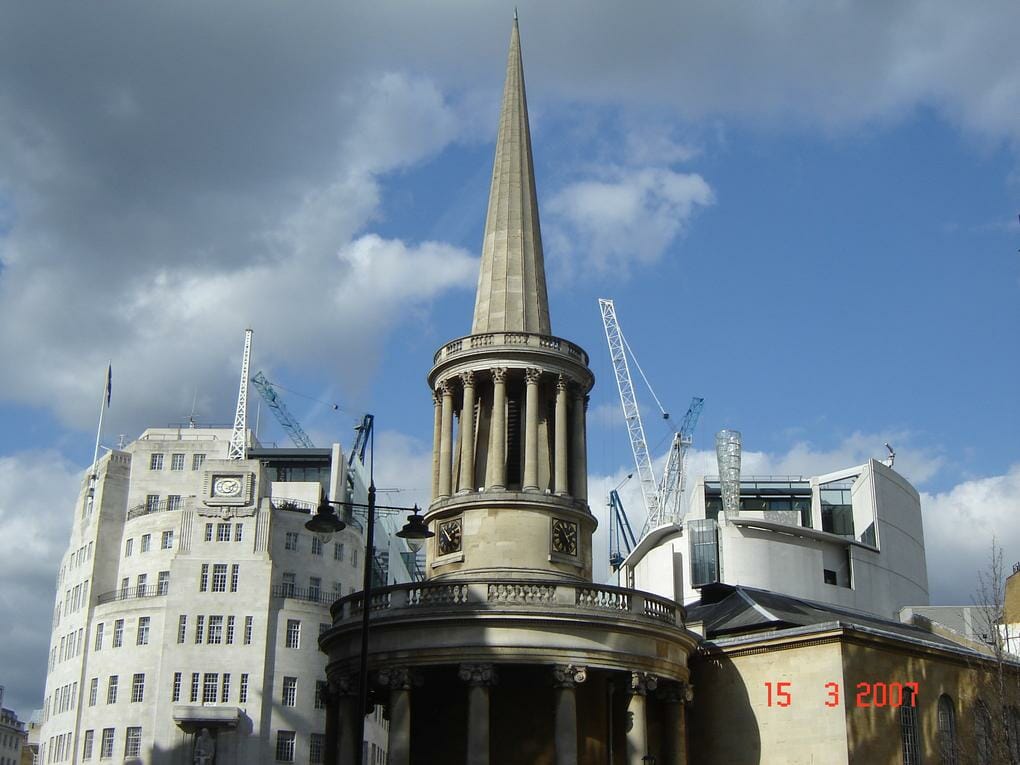 Situated next to Broadcasting House, the traditional headquarters of the BBC, this may not be the oldest church in London, but it is certainly one of the more striking.

Designed by John Nash in the early 1800s, its ‘rocket’ like spire made from Bath stone, is a key landmark even in this part of town full of them.
[divider style=’centered’] 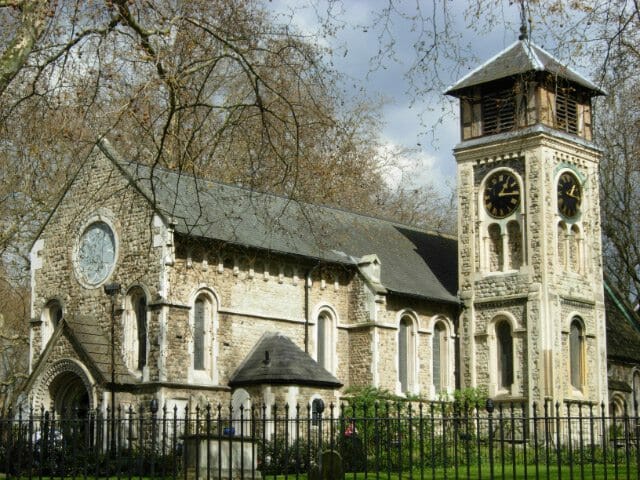 Located behind St Pancras train station is the Old Church. It’s thought to be one of the oldest Christian places of worship in England. It dates back to the fourth century and got renovated in Victorian times. 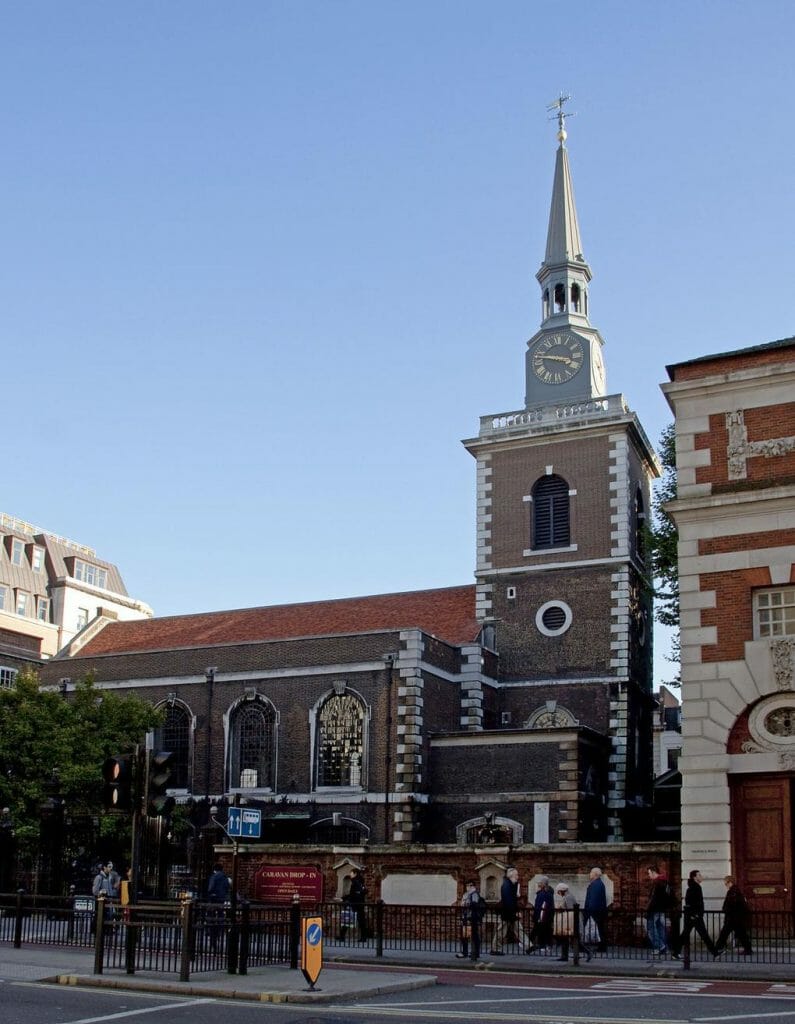 Built in 1684, the historic St James’s Church is one of London’s larger churches. It boasts a gallery of clear glass windows and outstanding works of art. The altar features an organ given to the church by Queen Mary back in 1691. 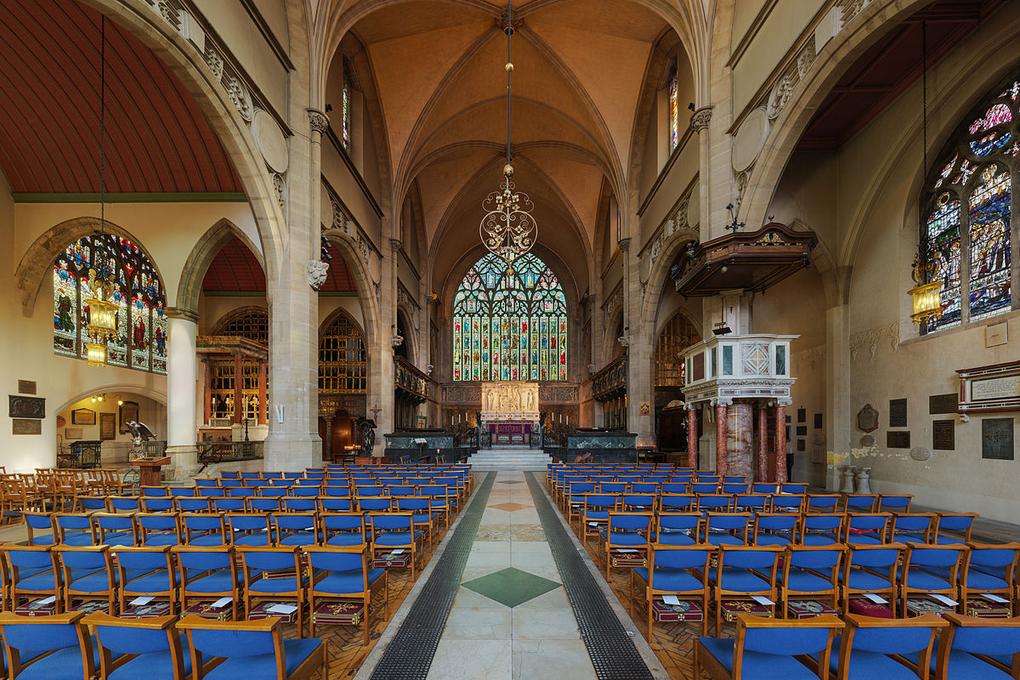 Here is an example of a late 19th-century “Arts and Crafts” style church. The Holy Trinity in Sloane Street features stained glass windows. It was built in 1888 on the foundations of an early Gothic Revival church.

Constructed in 1730, St Anne’s Limehouse is an Anglican church built at the request of Queen Anne. It was designed by Nicholas Hawksmoor, an assistant of Sir Christopher Wren. The church is notable for its strong ties with the Royal Navy.
[divider style=’centered’]

Located on Fleet Street, the church is colloquially known as the “church of the press.” It’s another one of Sir Christopher Wren’s creations. But, sadly, it was gutted during the Blitz of 1940. The good news is that it got rebuilt afterwards.

An Anglican church in a Baroque style, St Martin-in-the-Fields is located in Trafalgar Square. Dating back to 1721, the church also has history dating back to Roman times. In 2006, an excavation unearthed a grave from around 410 AD.

9. All Hallows by the Tower (City of London)

The city’s oldest church is All Hallows by the Tower, located by the Tower of London. Although it dates back to 675 AD, this Anglican place of worship is still in use today.
[divider style=’centered’] 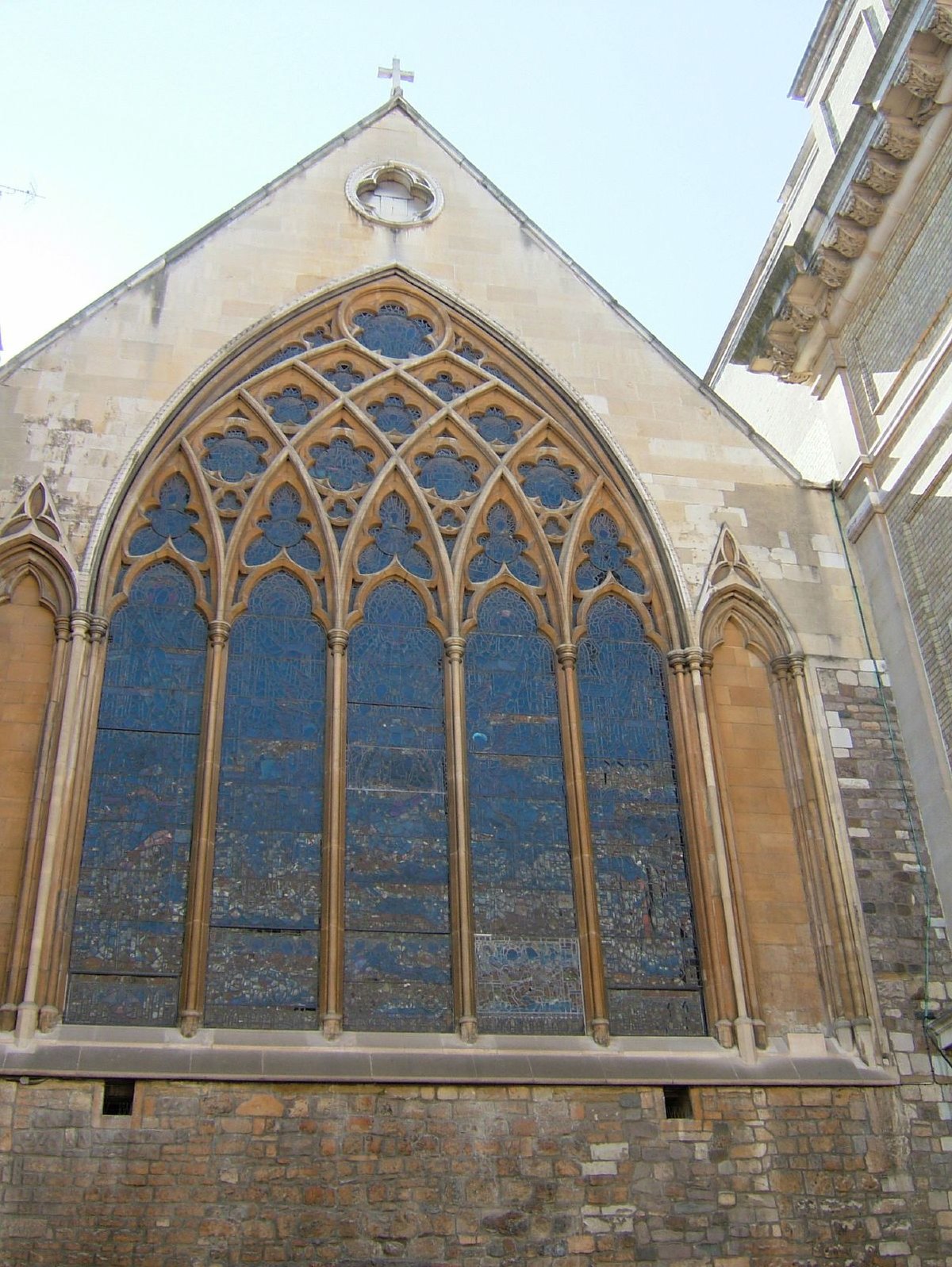 By Hanne Whitfield – originally posted to Flickr as outside curch, CC BY-SA 2.0, https://commons.wikimedia.org/w/index.php?curid=4244307

This used to be a Church of England place of worship until it was destroyed in World War II. Today, its ruins have been converted to a public garden. The church dates back to 1100and underwent renovation in 1695 under the direction of Sir Christopher Wren. These days, open-air services sometime get performed on the church’s ruins.

An example of an old yet well-preserved Roman Catholic church. St Etheldreda’s is dedicated to Etheldreda, an Anglo-Saxon saint. It’s also one of two churches that survived Edward I’s reign. 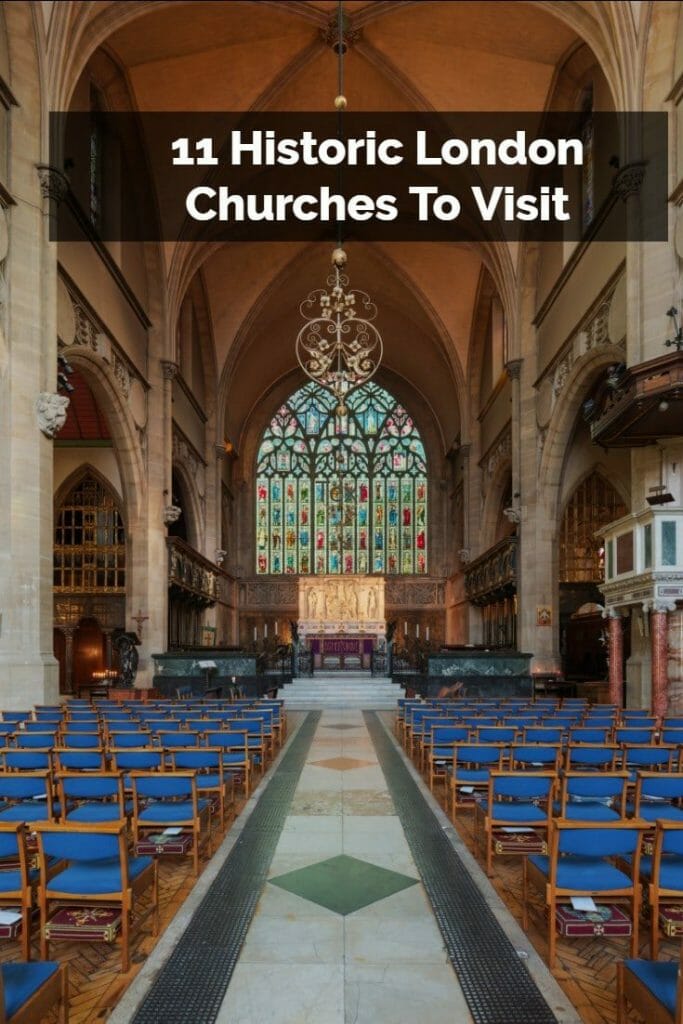