The Thames Valley region of England is a loose term for the counties and areas that roughly follow the course of the River Thames as it flows from Oxfordshire in the west to London in the east.

The region is dotted with charming villages, cities, and towns, many of which are situated directly on the banks of the river. Consequently, the region is well-known nationally as a wonderful boating, kayaking, canoeing, and rowing destination.

A single long-distance walking and cycling trail winds through the entire region, and is known as the Thames Path. It follows scenic landscapes like the Chiltern Hills, Ridgeway National Trail, and Windsor Great Park.

The region is also known for luxury spa hotels and golf resorts, which cater to the luxury and leisure market. However, both visitors and locals alike enjoy the frequent festivals, including regattas, food fairs, and fun fairs.

While the area is beautiful and temperate in high summer, this is when most visitors flock to the area. Consider visiting in late spring or early fall, when the crowds have started to dissipate.

We’ve assembled a list of the most popular places to visit in the Thames Valley; you’re sure to enjoy each entry on the list!

The Top 10 Places In The Thames Valley

This large village is located in Berkshire and borders the River Thames. The village is home to two of the four 3-Michelin-starred restaurants in England, The Fat Duck run by Heston Blumenthal, and The Waterside Inn run by Alain Roux and Cavaliere Diego Masciaga. 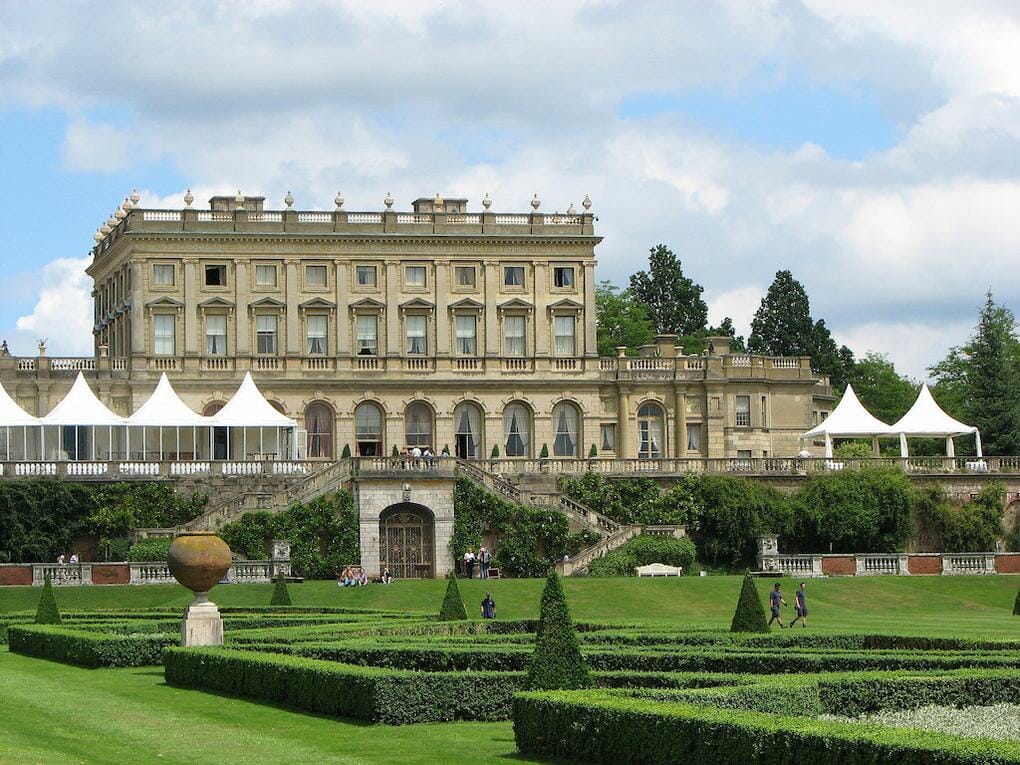 The Cliveden House sits on 376 acres of grounds. Once an Italianate mansion that dated back to 1666, the building is now a luxury hotel. The hotel’s rooms feature elegant antique furnishings, some with original fireplaces, and others with terraces and hot tubs.

The mansion is most infamous for being the site at which John Profumo met Christine Keeler. Their brief affair after meeting at the Cliveden House resulted in the Profumo Affair, a scandal that ended Profumo’s political career, resulted in the death of socialite Stephen Ward, and the resignation of Prime Minister Macmillan in the 1960s. 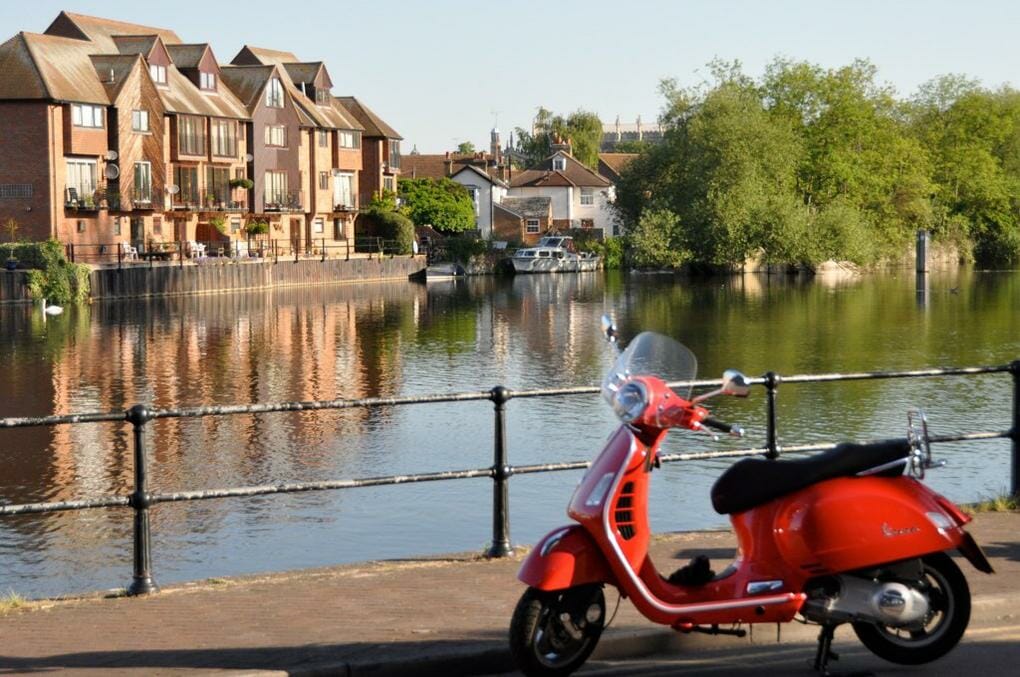 Eton is a small town within the historic boundaries of Buckinghamshire. It lies on the opposite bank of the River Thames to Windsor, and the two cities are connected via the Windsor Bridge.

The town is perhaps most famous as the location of Eton College, a prestigious public school that has been attended by the likes of Prince William and Prince Harry. 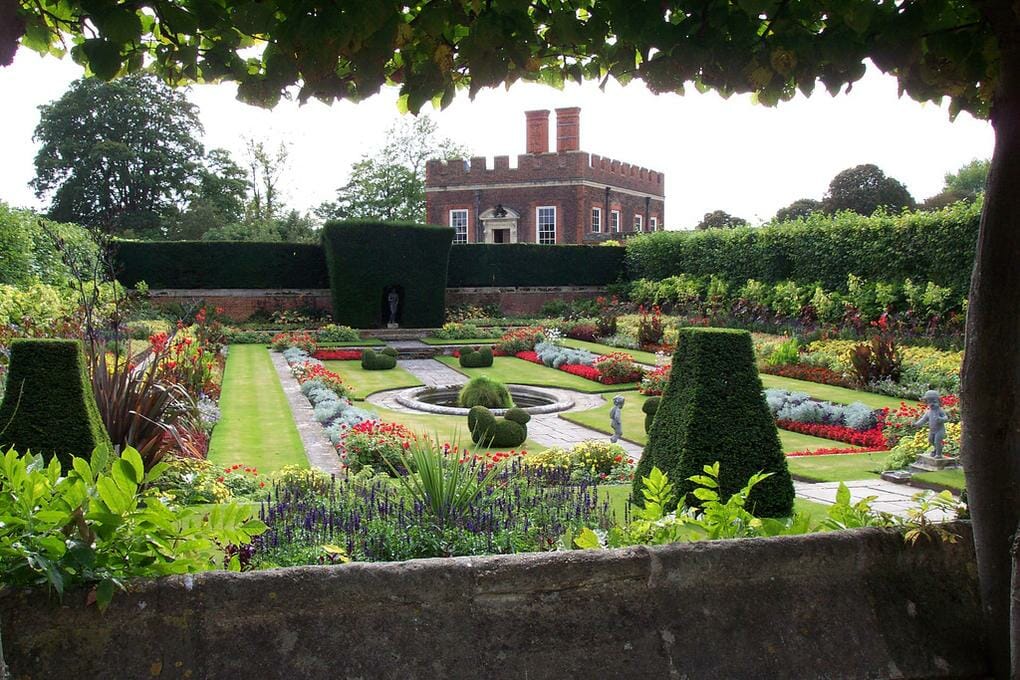 Hampton Court is a royal palace that originated as a medieval manor in 1494, but was rebuilt starting in 1515 by Thomas Wolsey to be a palace. The building efforts were taken over by Henry VIII in 1529, and he and his third through sixth wives lived in the palace.

Shakespeare was known to have performed in the palace’s great hall for King James I in 1603. Later, in 1689, parts of the original Tudor palace were demolished and a new palace was built for King William II and Queen Mary II.

In 1760, King George III left the palace in favor of a new royal residence, and it wasn’t until 1838 that Queen Victoria opened the gardens and state apartments to the public free of charge.

Visitors may enjoy visiting the various gardens, the unique Chocolate Kitchen, and the Chapel Royal. 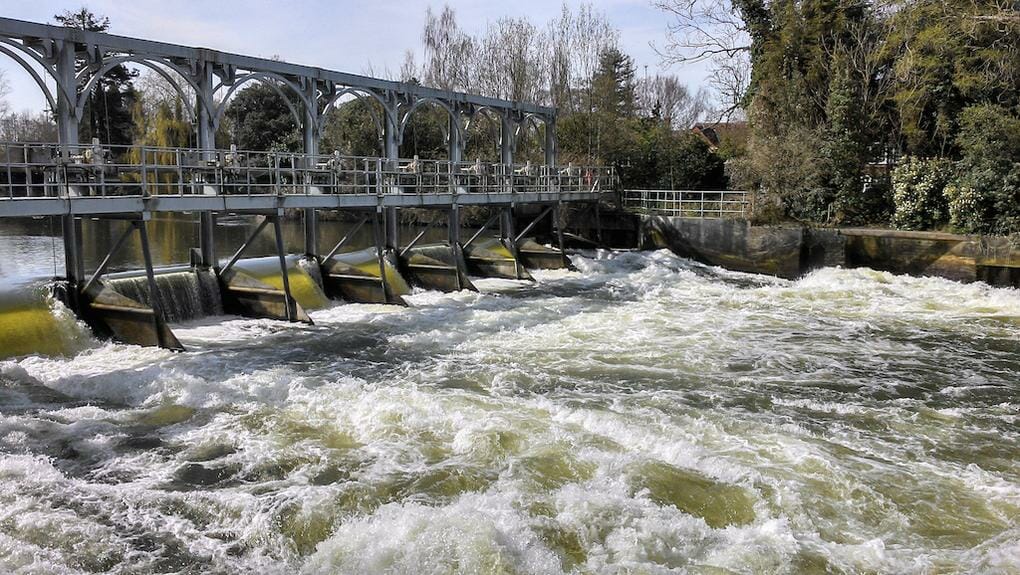 Henley on Thames is a charming riverside town surrounded by wooded hills and green fields. It’s home to a pub where Charles I once drank, a Chantry house, and a butcher who still smokes his own meat.

Most famously, Henley on Thames has internationally renowned for 175 years due to the world’s greatest rowing regatta, the Henley Royal Regatta, taking place within the city limits. 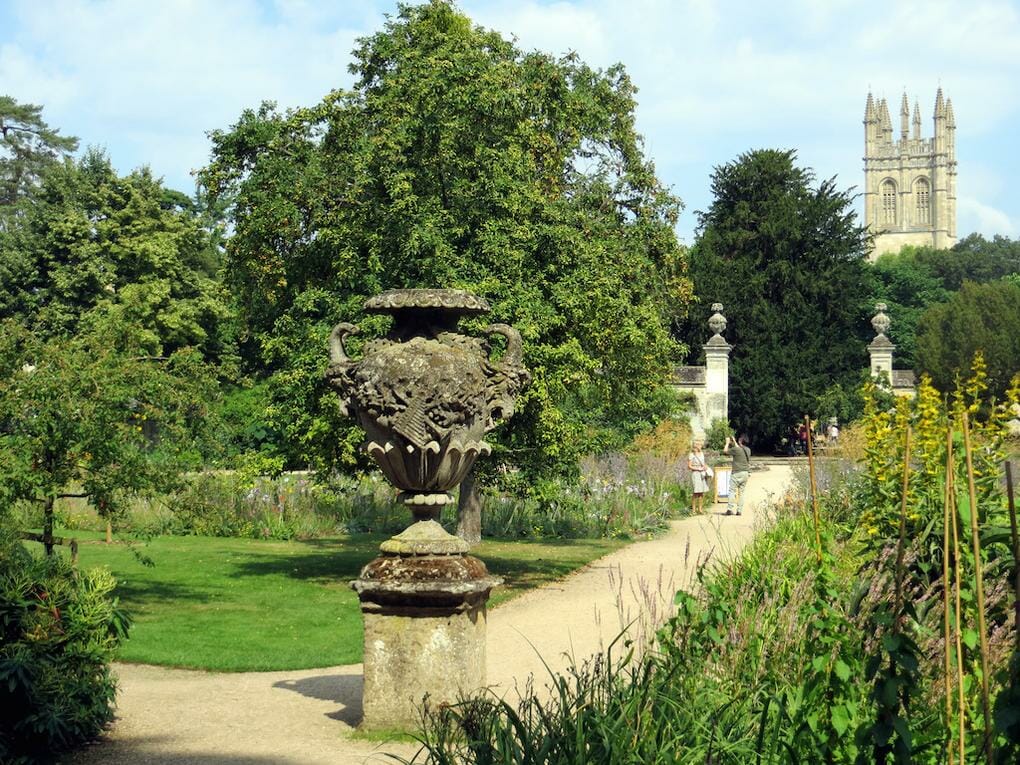 Oxford, in central southern England, revolves around its prestigious university, which was established in the 12th century. The gorgeous architecture in and around the city’s university colleges and medieval city center led poet Matthew Arnold to nickname the city “City of Dreaming Spires.”

Visitors should take the time to visit the Bodleian Library, the Christchurch Cathedral, Oxford Botanic Gardens, and the Malmaison Hotel, which is located in a converted prison in part of the medieval Oxford Castle.

We did or more detailed post on the best places to visit in Oxford here. 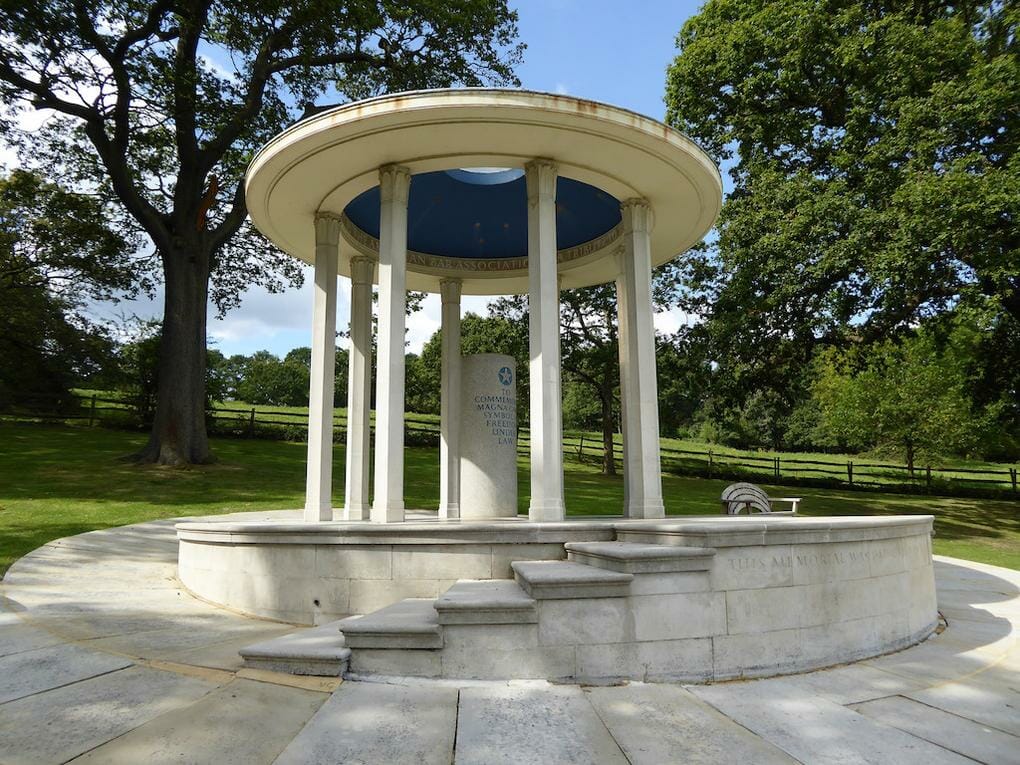 Runnymede is located in an attractive area of riverside meadows, grasslands, and woodland that is rich in flora and fauna and is criss-crossed by a network of footpaths. It is, perhaps, most famous for being the site of the 1215 sealing of the Magna Carta by King John–an event commemorated by the American Bar Association Memorial.

Runnymede is also home to the John F. Kennedy Memorial as well as various other memorials. 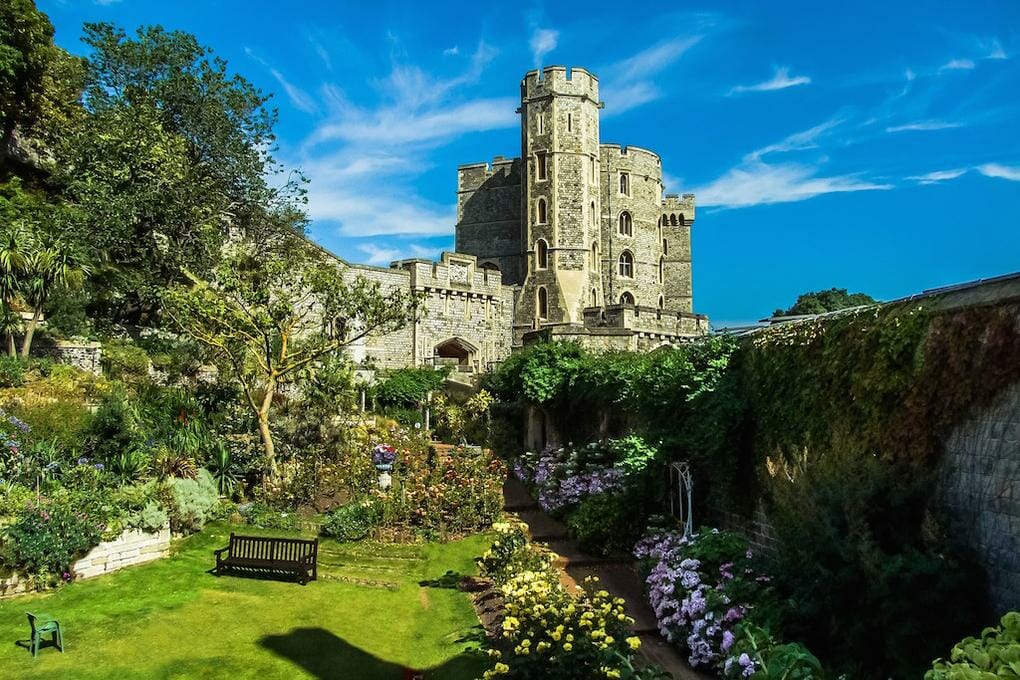 No trip to the Thames Valley would be complete without a visit to Windsor Castle, the family home to British kings and queens for over 1,000 years. The palace is open to tours of the magnificent State Apartments, which have some of the finest works of art from the Royal Collection, including paintings by Rembrandt, Rubens, and Canaletto.

Be sure to view Queen Mary’s Dollhouse, the largest dollhouse in the world, and St. George’s Chapel, which houses the graves of 10 monarchs–including Henry VIII and Charles I.

Windsor was also one our tips for day trips from London. 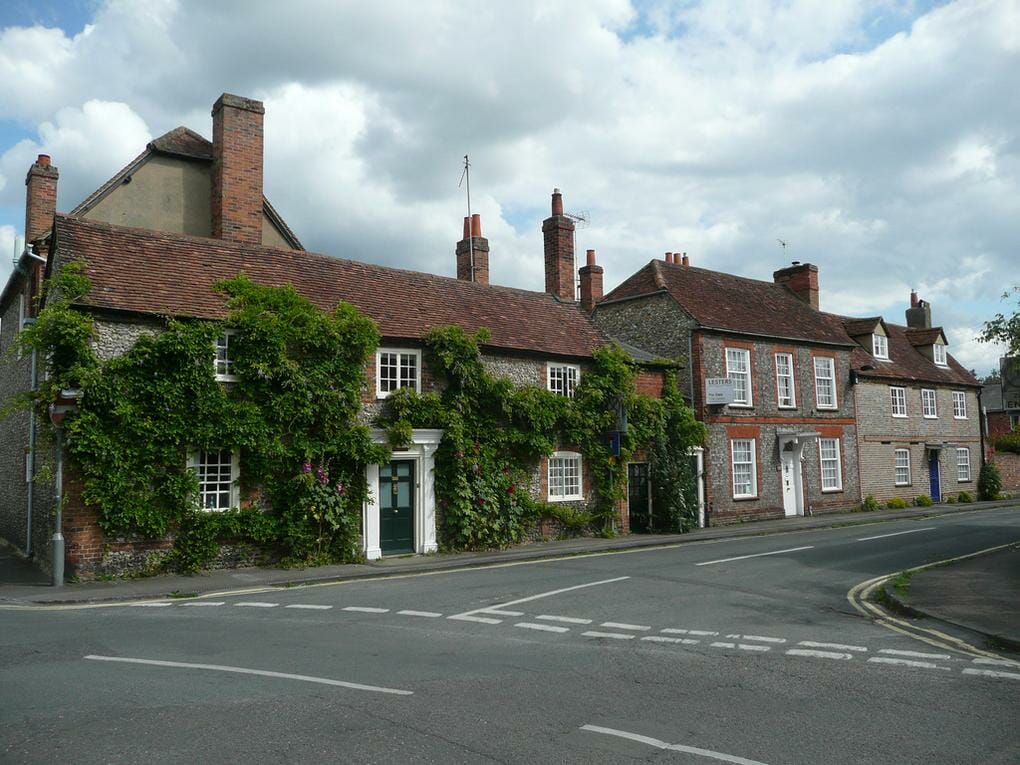 Visitors to Wallingford can explore crumbling castle ruins, earthworks, and ramparts set in maintained gardens, or wander along the Thames Path. Wallingford is also home to the 5 mile long Agatha Christie Trail, which takes visitors to places linked to the writer’s life, including her former home in Winterbrook and her grave in Cholsey. 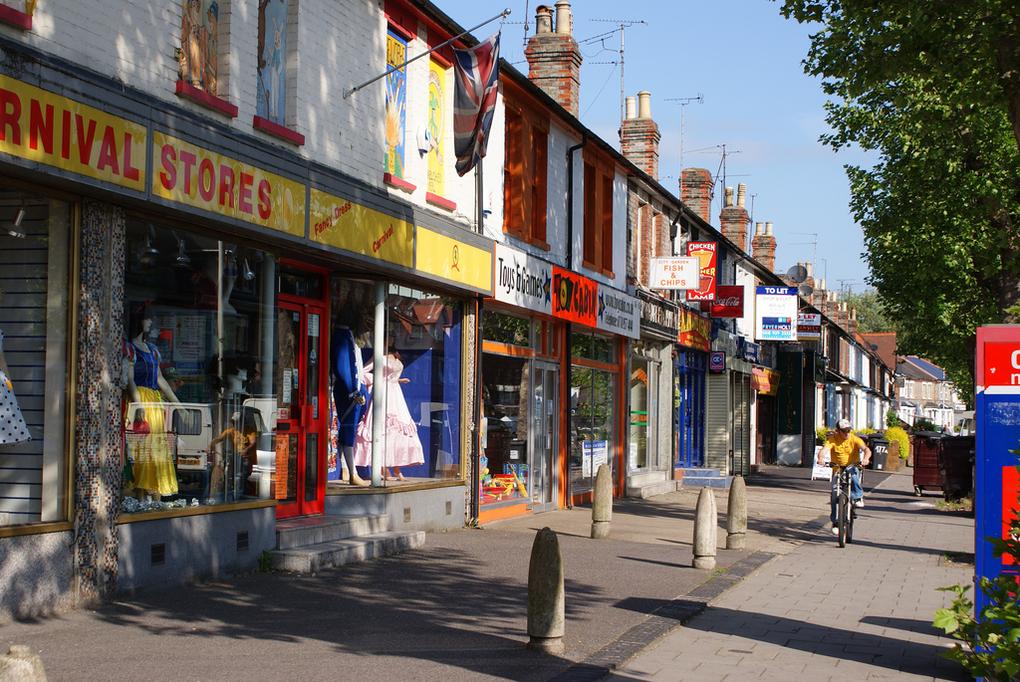 Reading’s main attractions are its medieval abbey ruins, which were created when Henry VIII sacked the powerful abbey during the dissolution of the monasteries. Located in the center of town are the Forbury Gardens, which have been restored to their original Victorian splendor.

Also of note are the wonderful countryside, shopping center, and pubs.